GEOPRESS|360
CLOSE
Skip to content
MAP
HALF
FULL
CLOSE
ALL

The Bernoulli houses and the ruins of the Hardturm stadium 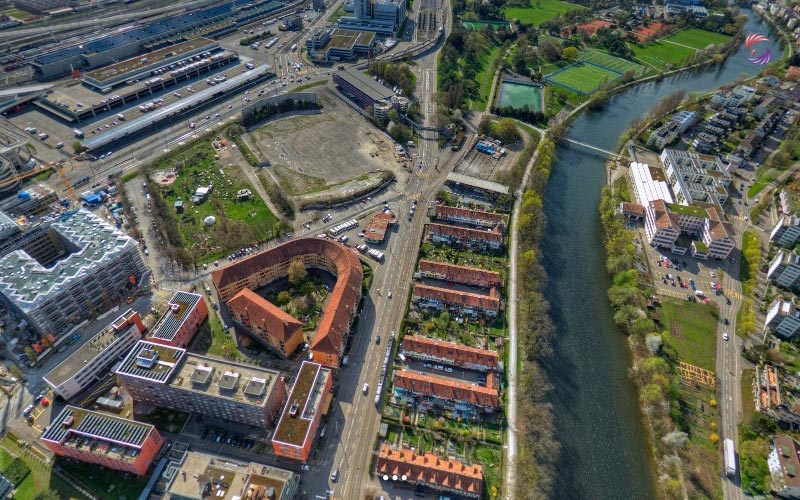 The Hardturm was a football stadium located in Zürich’s Kreis 5. Opened in 1929, it was the home of the Grasshopper Club Zürich. It was a host stadium for the 1954 FIFA World Cup.

When the stadium was opened in 1929 it could hold 27,500 spectators. After many reconstructions the capacity was 38,000 in 1986, on time for the 100-Year Anniversary of the Grasshopper Club Zürich.

The Hardturm stadium closed in September 2007. Grasshoppers now play at the Letzigrund Stadium.